Happy New Year to all!
Me and other members of the EAF51, we are preparing a “Andrea tribute” mission to remember our dear friend Andrea “FOX”, who left us with a terrible disease, on 15 December!
This is a short mission that will be flown with the IL-MOD VP simulator on a map of Italy and the city of Bologna, represented in the simulator.
Invitation for those who want to participate in the commemorative flight, from which a video will be taken to donate to the family, to sign up for the event.
At the moment in the evenings of Sunday and next Tuesday (21.00 CET), we are in HL for flight tests in formation and to improve the execution of the mission, pending the final date for the recording of the flight.
The download of the simulator is available on the EAF51 website (www.eaf51.org) on the page dedicated to reserved downloads. (Only those interested, request the password in PM)
I have prepared skins for the group of Italian pilots and our friend from overseas Titan_EAF51 has prepared the mission for the occasion, so for those who want to participate, I will be happy to continue the creation of skins for the Italian drivers who want to add and for the other drivers.
Below a small briefing of Titan about what said.

The following is a copy of the mission brief to help visualize what we will all coordinate and master. The visual mission map screenshots may also help.

I) Lead Pilot/Flight Leader will man Andrea’s Spit at Bologna airfield and will serve as lead for entire flight. Spit will T/O & circle Bologna area 600 m. awaiting arrival of P47’s and MC205’s approaching as the four winds into Bologna.

II) Tribute pilots will T/O from:

must have lead pilots from each of the four airbases Flight time to Bologna is 5-6 minutes. Arrival Alt over Bologna is 600 m. Establish visual and form up with Fox’s Spit .

III) Once formation is established,

A) Lead Spit will make three (3) low level circuits 500 m. around the beauty of Bologna.
B) after third circuit, Spit will extend to NW over airfield and extend to Modena. Formation will be re established at 800 m.
C) Spit leader will then proceed SE at 800 m directly over Bologna airfield. The two MC205’s will establish his R & L wing slots.
D) 1) Directly over central Bologna, Spit (joined only by the two MC205’s) will sharply climb straight out into and above the clouds in Final Farewell and God Speed.
2) P47’s will maintain 800 m Alt. and break off to land at Bologna with coordinated landing pattern (setup final appraoch to land from the east to the west on the left runway… Taxi to Andrea’s tribute Spit at the control tower, park and await arrival of returning P47’s.then shut off engines in unison.

*Static camera views of the central cathedral show Andrea with Allied Color Guard at his side.

Please try out the mission. Remember, we will need actual pilots to man the aircraft slots, otherwise they will simply fly their designated waypoints which will not create and interfere with the formation flying we must have. We can always to add or reduce pilot slot positions as required. With some practice this will all work out! You may want to provide this as advance information to all participating EAF pilots, it will be very helpful. 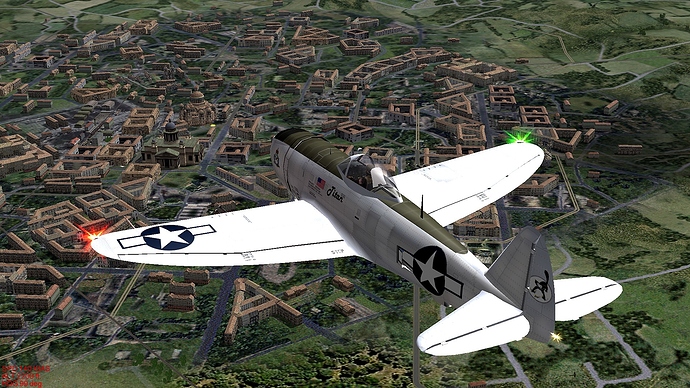 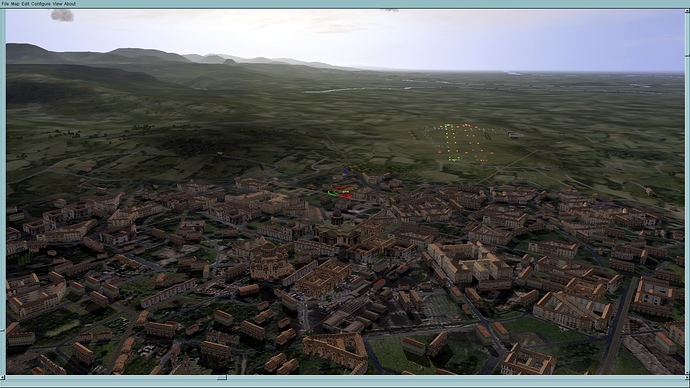 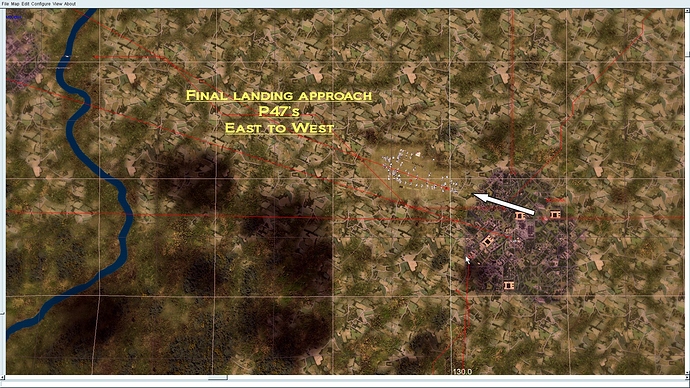 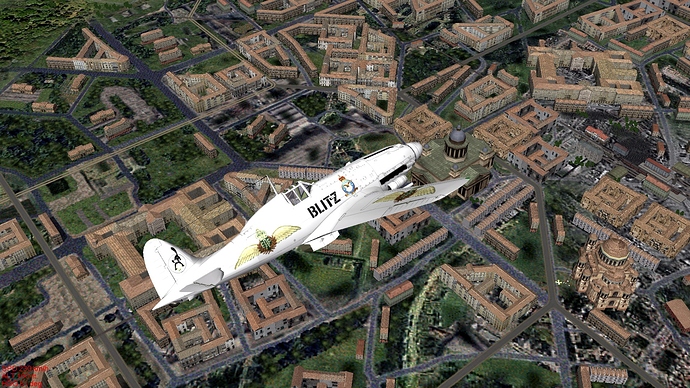 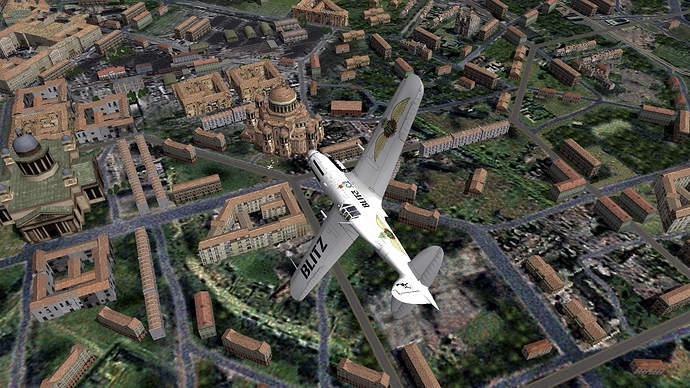 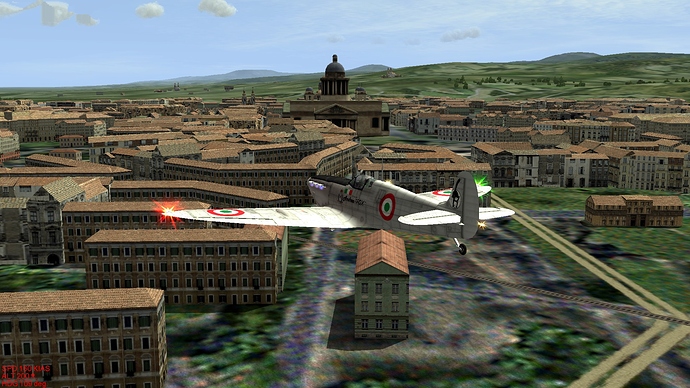 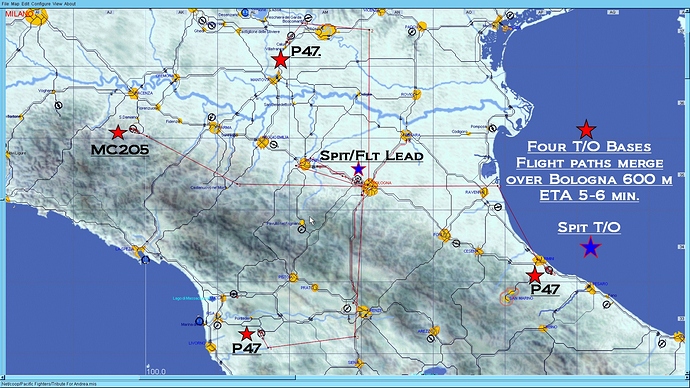 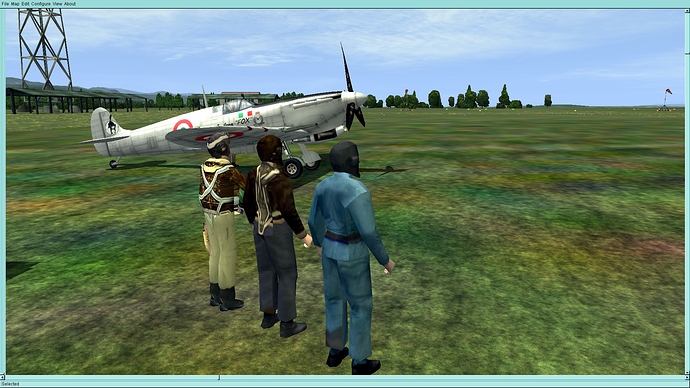